House Bill 95 passed the Ohio legislature April 6, clearing the way for the next generation of farmers and a more resilient food system.

According to the USDA, Ohio is home to more than 33,000 beginning farmers, the sixth-largest number of any state in the country. In her testimony to the Senate Ways and Means Committee on March 2, Lipstreu emphasized the hurdle many farmers face with finding land and capital when they do not come from a farming family.

Advocates also note that millions of acres are likely to change hands as many older farmers retire, meaning HB 95 provides an important bridge between landowners and land-seekers.

HB 95 passed unanimously in the Senate, but with amendments. The House concurred shortly after.

“This was the compromise that we made, and I do believe that it strengthens the bill,” said Rep. Susan Manchester (R-84), a sponsor of the bill alongside Rep. Mary Lightbody (D-19).

Lipstreu said, “This is a positive first step. We are disappointed that the tax credit for farmers leasing land has been reduced. For farmers that do not have the ability to outright purchase large tracts of land, leasing remains the most viable option. We look forward to working with agricultural leaders in the Ohio legislature to continue to support an industry that is critical to our future.” 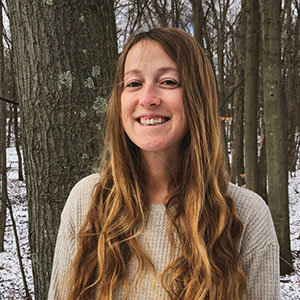